Sausages, what would we do without the good old banger? Enjoyed all over the world in casseroles, fry-ups, barbecues, and hotdogs!We all know about the traditional pork sausages, and the sweet, red tomato variants, but have you heard of any of the following flavours?

When you think German sausage, you’ll probably think of Bratwurst, or that episode of Blackadder featuring Prince Albert.

Wollwurst however, is a unique little sausage from the country with thousands of sausage types. Similar to Weißwurst sausages, they’re made from pork and veal, boiled then chilled, interestingly, with no casings! As if that wasn’t bizarre enough, the Germans often use Wollwurst sausages in their popular Curryhurst dish, where the sausage is chopped and served with curry powder and sauce!

We think a yoghurt might be in order after that! 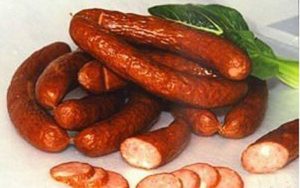 Our next sausage takes us to the far east. The traditional Chinese sausage is hard and dry, made from pork with a high-fat content; the name actually translates to ‘Dried Sausage’. Lap Cheong is typically dark red and thin, and flavoured with various sauces, seasonings, smokes, and even wine!

These sausages are served in different varieties all across the far east, from Hong Kong and Taiwan to the Philippines and Singapore. So any backpackers can nip into a local butcher and grab the essentials for a far-eastern fry up! 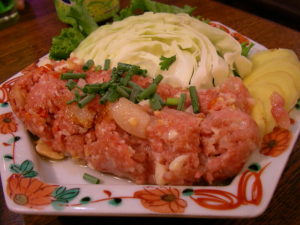 Staying in the far east, we have a sausage that threw the concept of a ‘best before date’ out of the window.

Naem is made from minced raw pork and pork skin, cooked rice and seasoned with chilli peppers, garlic, sugar and salt.The sausage is then left to ferment for several days before it is eaten, allowing yeast and lactic acid bacteria to form. You don’t even have to eat it cooked, and apparently, it has a distinctive, sour flavour. It also has an extremely short shelf life.Despite the…‘interesting’ preparation process, Naem is popular all over Southeast Asia and served in different varieties and dishes across Vietnam, Cambodia and Thailand. 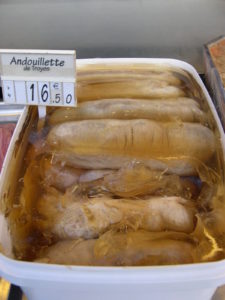 Image by: Schellack at English Wikipedia

From frog’s legs to snails, France has some national dishes that are of a …acquired taste, and their addition to the world of sausages is no exception.

Andouillette de Troyes, originating in the middle ages in the French city of Lyon, this sausage is made with pig intestines, stuffed inside a…wait for it…

And by all accounts, it smells as…pungent and distinctive as you can imagine! Although it’s from the Champagne region of France, so there’ll probably be a decent bottle of bubbly not far away! 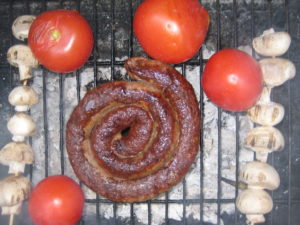 While sausages are traditionally a porky affair, that’s not the case down in South Africa. The Boerewors sausage contains pork as a base ingredient, but also beef and lamb. Traditionally cooked over charcoal, it’s very easy to dry out. South African butchers are very protective and proud of the quality of meat used, with a higher price usually meaning higher quality. Boerewors also has a distinctive whirl shape, which can get very long indeed. The Guinness World Record for the longest Boerewors was over 5,000 ft long! 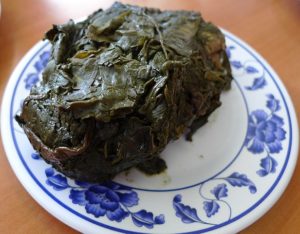 In Britain, sausage casings are usually made of pig intestines or something similar. But have you ever seen a sausage with a casing made of leaves? Laulau, a traditional sausage recipe from Hawaii, has just such a casing. Using a combination of pork and fish, the ingredients are wrapped in lau or taro leaves and steamed. 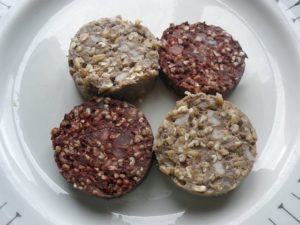 So, we’re cheating a little bit with this last one. While it isn’t technically ‘sausage’, it sounds bizarre and is a variant of an old favourite.

Everyone knows about black pudding, made from pig’s blood. White pudding, on the other hand, is made from pork meat and suet (hard fat), and oatmeal! If anyone wondered what would happen if you crossed black pudding and porridge, here you are! And apparently, it’s very popular in Scotland, Ireland, Northumbria and certain provinces of Canada.