A school ban on sausage rolls and other “unhealthy” foods in pupils’ lunchboxes has divided opinion. The new policy at Shirley Manor Primary Academy in Bradford states parents will be called if banned foods are found in packed lunches.

Steve Fryer, whose son’s sausage roll was confiscated, said the school should “stick to teaching kids”. Others have praised the school for healthy eating, according to comments on the Bradford Telegraph and Argus.

The policy says pupils are encouraged to show their packed lunches to staff before and after they have eaten. It states pork pies, sausage rolls and pepperoni sticks should not be included and neither should fruit squash or flavoured water.

It says this is because they are high in salt and saturated fat and the school is keen to promote a balanced diet. Mr Fryer said his son’s sausage roll was removed last Monday and given back to him at the end of the day.

“He was given a ham sandwich instead but he hates ham so there’s no way he was going to eat it. “He ended up eating a dry crisp sandwich. How is that any healthier?”

He added: “It’s my job as a parent to decide what my child eats, not the school’s. “The school won’t even compromise and allow us to send sausage rolls once or twice a week. I’m furious.”

Head teacher Heather Lacey said the vast majority of parents supported the ban and there had been a big increase in the number of children bringing in healthy lunches. Although schools are legally required to provide meals that comply with the government’s School Food Standards, they are able to set their own policies on packed lunches.

Authorities in Australia are investigating a man who used a drone to pick up a sausage from a barbecue and deliver it to a friend in a hot tub.

The man faces a £5,600 [$AUS9,000] fine after he posted a video on YouTube which showed him sitting at home and piloting a drone which travelled over a busy motorway before descending to collect the cooked sausage from a barbecue – or “sausage sizzle” – at a hardware store in Melbourne.  The  video has since been removed. END_OF_DOCUMENT_TOKEN_TO_BE_REPLACED

British bangers are losing their bang because modern recipes are leaner and healthier, scientists have found.

A study found that today’s sausages made much less of a sizzle when being cooked because they generally contain less fat and water than traditional recipes from the past.

Food researchers even found that each type of sausage could be identified by its own unique sizzle in the pan. END_OF_DOCUMENT_TOKEN_TO_BE_REPLACED

What do you know about the full English breakfast October 21st, 2016Team Omni
Sticky Post By Team Omni Posted in Recipes Permalink

Make the most of Jersey Royals while they’re in season with these fabulous recipes. A simple oven bake – and we always go for the Waterall Premium Pork option when eating sausages… END_OF_DOCUMENT_TOKEN_TO_BE_REPLACED 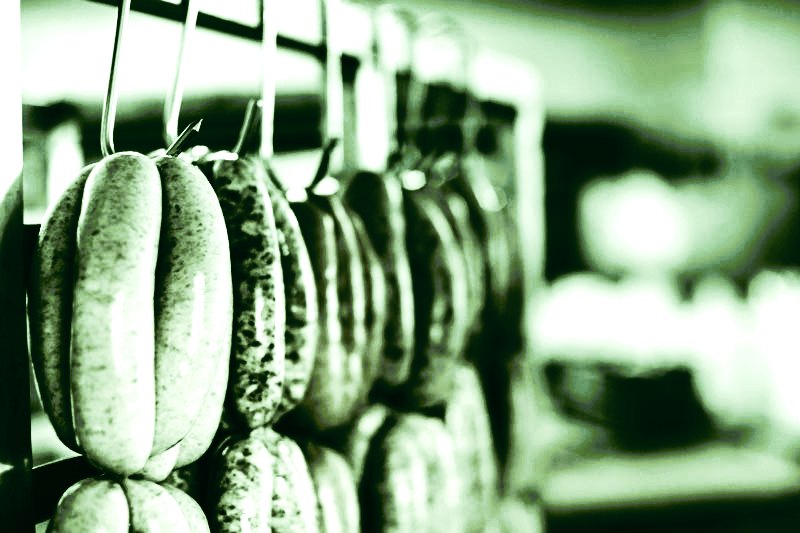 The biggest sausage celebration of the year, now in it’s 18th year, gets underway from 2-8 November as the nation goes mad for British Sausage Week 2015!

Bonfire Night falls bang in the middle of British Sausage Week and with Guy Fawkes Day being a uniquely British occasion there is no better way of warming up whilst watching a fantastic firework display, than with a hot, filling British sausage. END_OF_DOCUMENT_TOKEN_TO_BE_REPLACED

Toad in the hole (a phrase that tellingly makes its way into the 1811 Dictionary of the Vulgar Tongue), was a way of stretching meat – any meat – a bit further, with a filling and thrifty batter. It does the same for its modern-day incarnation: you can get away with serving one sausage each if you’ve got enough batter and a good gravy. But, whether you’re on a tight budget or not, toad in the hole is no croak of a dish: enjoy it, warts and all. END_OF_DOCUMENT_TOKEN_TO_BE_REPLACED