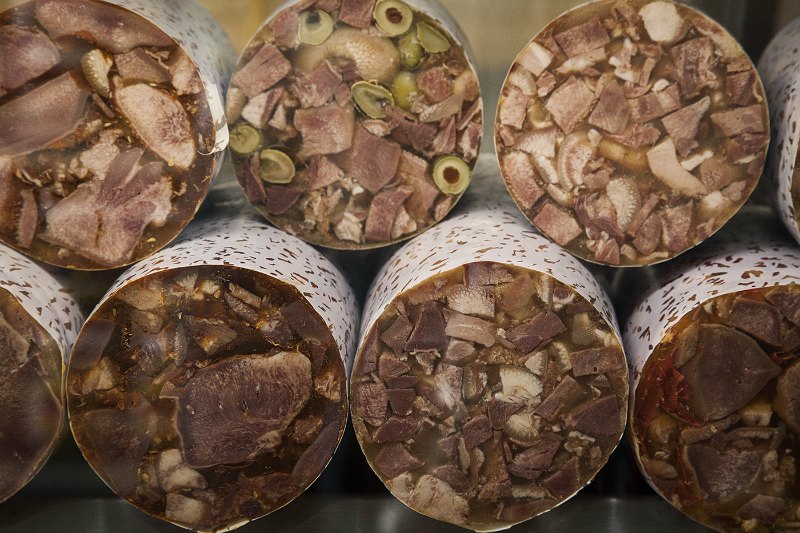 Head cheese or brawn is a cold cut that originated in Europe. A version pickled with vinegar is known as souse. Head cheese is not a dairy cheese, but a terrine or meat jelly made with flesh from the head of a calf or pig, or less commonly a sheep or cow, and often set in aspic. The parts of the head used vary, but the brain, eyes, and ears are usually removed. The tongue, and sometimes the feet and heart, may be included. It can also be made from quality trimmings from pork and veal, adding gelatin to the stock as a binder.

Head cheese may be flavored with onion, black pepper, allspice, bay leaf, salt, and vinegar. It is usually eaten cold or at room temperature.

Historically, meat jellies were made of the cleaned (all organs removed) head of the animal, which was simmered to produce stock, a peasant food made since the Middle Ages. When cooled, the stock congeals because of the natural gelatin found in the skull. The aspic may need additional gelatin, or more often, reduction to set properly.

What is Brawn or Head Cheese? June 10th, 2015Team Omni
Share This